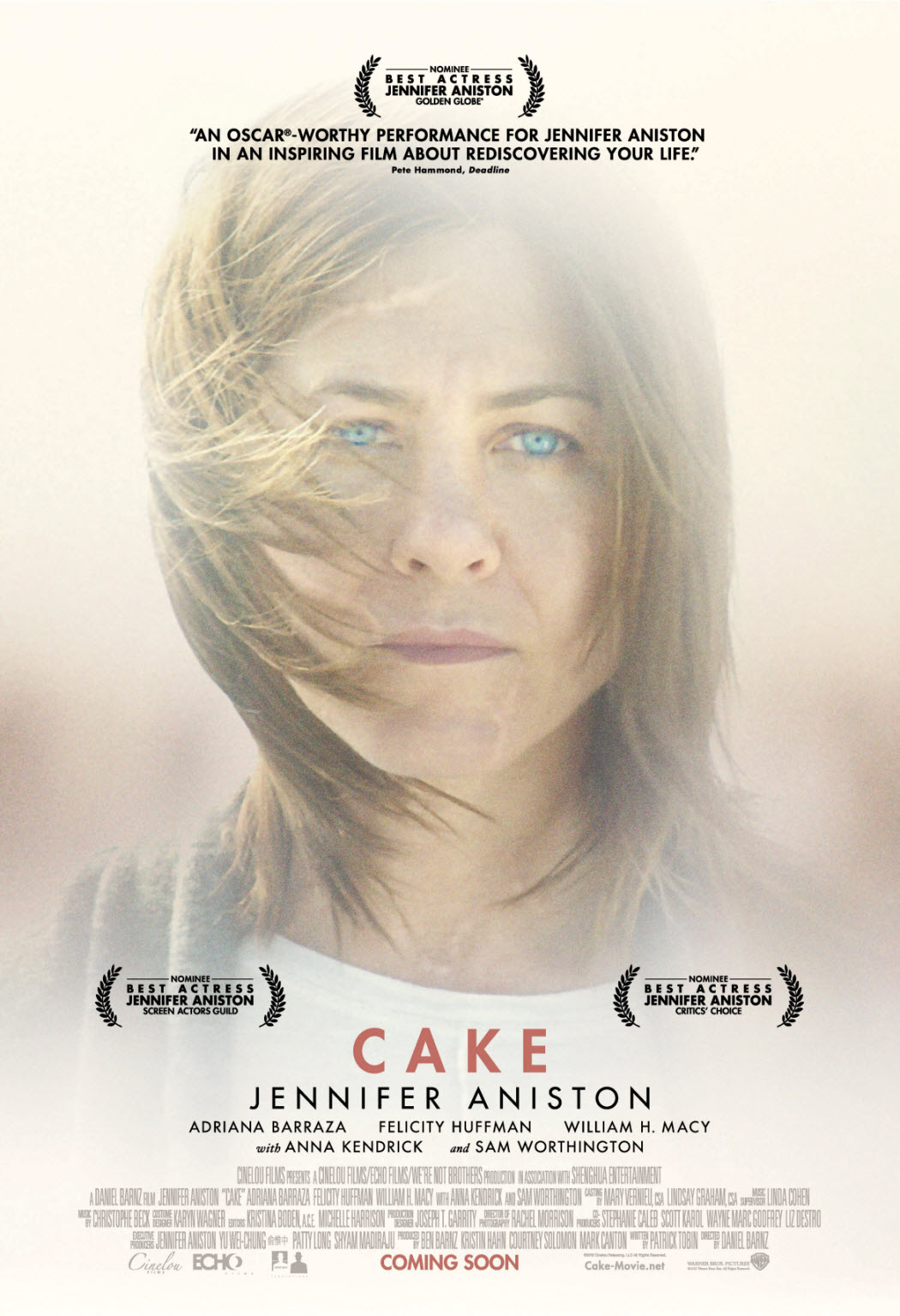 Jennifer Aniston plays Claire, once a driven professional, who now lives in extraordinary emotional and physical pain because of a car accident that has left her scarred and unable to cope with the death of her son.


It is frustrating that such a fine actress as Jennifer Aniston is so often wasted on empty roles. We recognize that she is often the only redeeming factor in her dollar-driven vehicles, but we know from her fine indie efforts in The Good Girl and Friends with Money that she can handle weightier fare. Fortunately, after a long dry period, Cake came along to remind us of her considerable talent. It is a small film that explores the almost impossible task of recovering after a devastating loss.

Aniston plays Claire, a once driven professional who now lives in extraordinary emotional and physical pain from a car accident that left her broken, scarred, and unable to cope with the death of her son. She lives on painkillers as she goes through the motions of recovery, all the while contemplating a way out. Rich supporting efforts saturate Cake with humor and heart; Adrianna Barraza measurably elevates the film as her loyal housekeeper, and Anna Kendrick plays Claire’s role model, a woman who has preceded Claire in suicide.

Cake is by no means a happy film. Still, it’s worth contemplating the universal theme of loss, done here with humor, heart, and fine acting. Bravo, Jennifer.