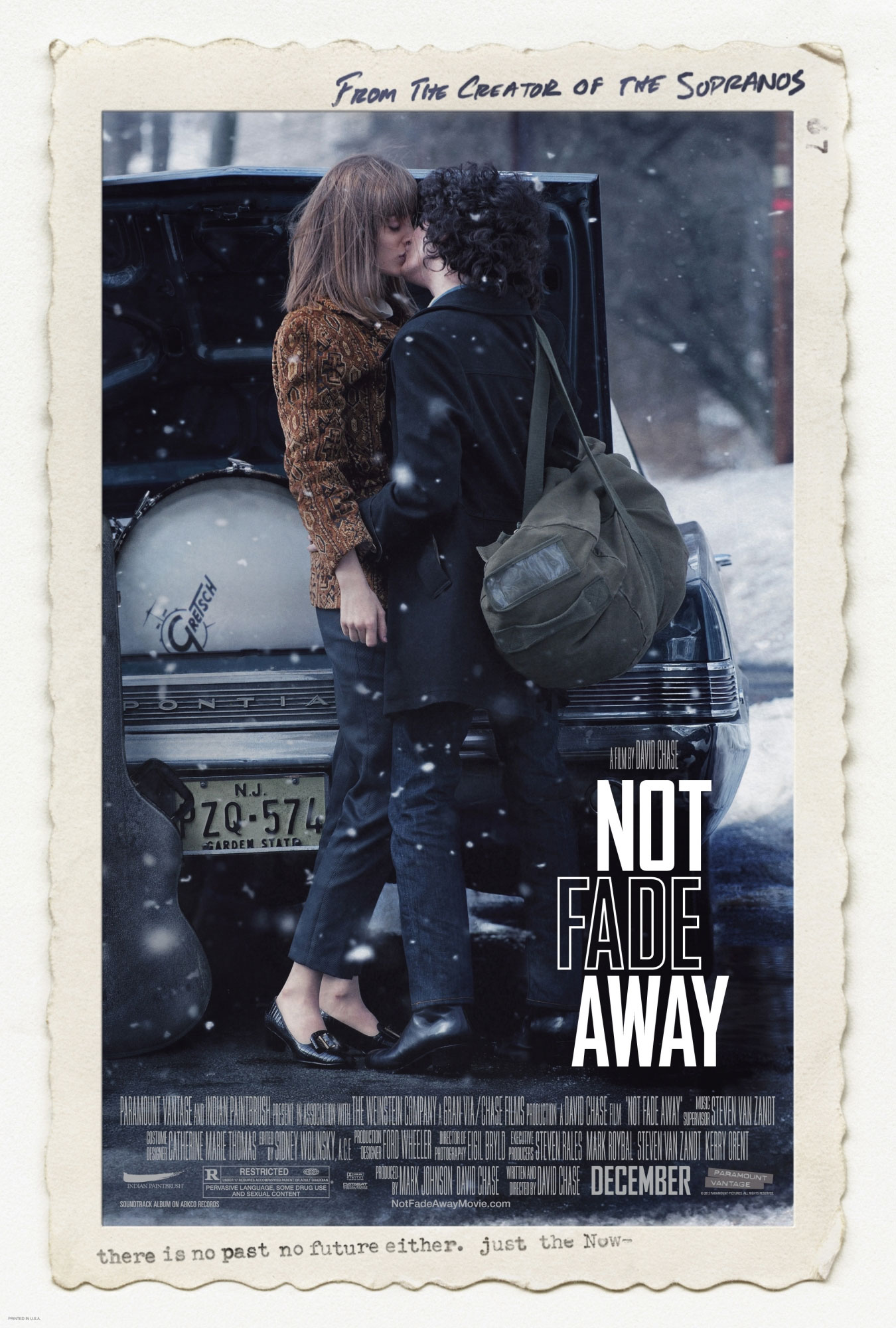 Not Fade Away—the passion project of David Chase, who enjoyed tremendous success with HBO’s The Sopranos—is a fascinating semiautobiographical account of musicians coming of age in the 60’s.


Not Fade Away would likely never have been made had it not been written and directed by David Chase, who enjoyed tremendous success with HBO’s The Sopranos. This film was his passion project, a semiautobiographical tale about coming of age when flower power was in blossom.

The plot is simple: a group of friends form a rock band and try to make it big. In Hollywood films, straightforward premises usually lead to tidy endings. In contrast, Not Fade Away focuses more realistically on the arbitrary nature of the path life offers and the impossibility of perfection.

In the end, we learn that the path to become “somebody” is never a simple one, and that human nature is a constant interference. The confident young man at the movie’s center begins to discover that there is no easy world where blissful dreams always come to fruition.

David Chase is known to be a keen observer of important moments. He also loves and understands the power of the music of the sixties, an essential element to the story. Not Fade Away is most of all for those who shared this special time. It’s for those who experimented, who felt passion in the music, who would have changed the world with dream-perfect lovers at their sides if life hadn’t gotten in the way. It perfectly captures the nostalgia of all of those possibilities that were once so real.