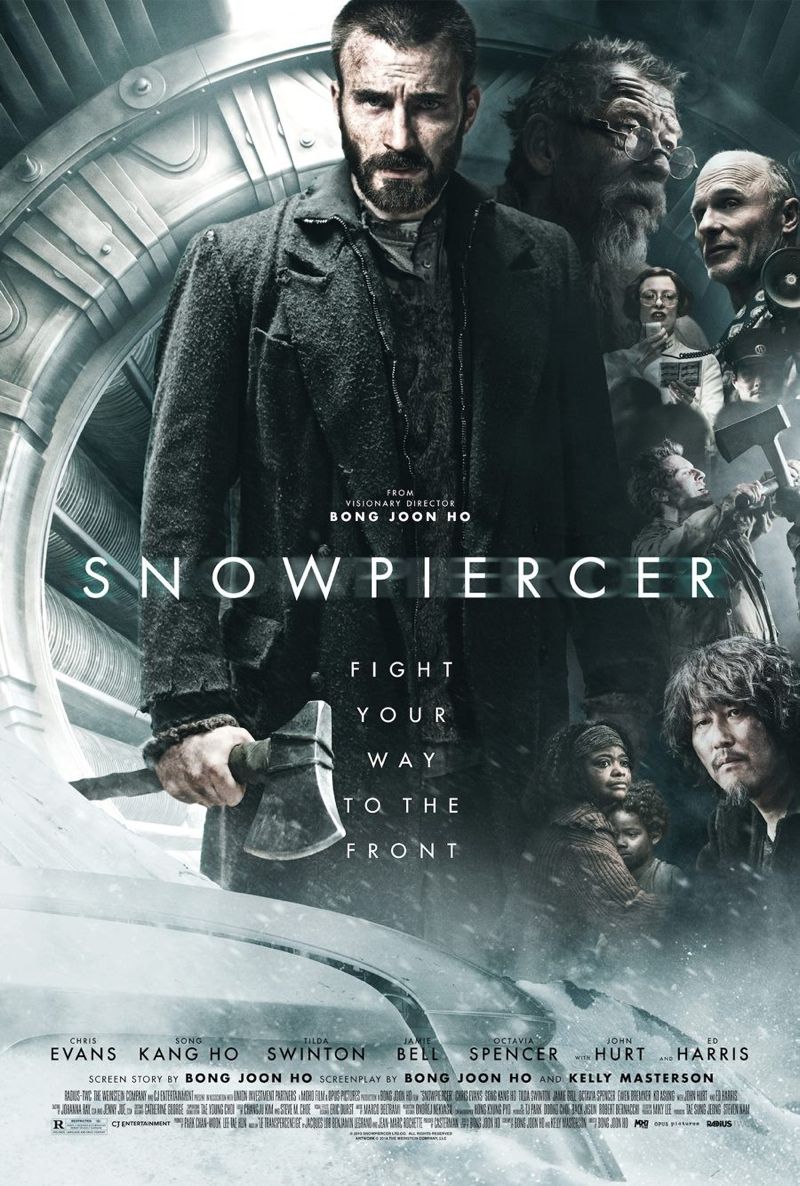 Seeking to resolve global warming, the big corporations suggested releasing chemicals into the atmosphere to bring the temperature down. This dark sci-fi film explores the aftermath, when things inevitably go wrong.


There was considerable controversy surrounding the release of Snowpiercer. Distributor Harvey Weinstein reportedly disagreed with director Bong Joon-ho on the final cut of the film, causing the theatrical release to be delayed. Thus, the film came and went without much notice. But something as ambitious, striking, and fun as Snowpiercer deserves an audience, and we think the affection for it will grow as time goes on.

The film is set in the future. Seeking to resolve global warming, the world’s largest corporations released chemicals into the atmosphere to bring temperatures down. The privatized solution appeared simple and agreeable on paper; corporations could continue to profit from their practices unhindered. But something went wrong. Temperatures dropped so low that human life was unsustainable, and the earth was covered in ice, snow, and blood. The only survivors were those lucky enough to get on board Snowpiercer, a self-sustaining train that endlessly circles the earth.

Life on the train is segregated by class. The horrific lives of the exploited people in the back of the train are fascinatingly contrasted with the excess of the one percent who live it up in the front. Those in the back—including a bearded and stalwart Chris Evans—have had enough of the disparity, and revolution is inevitable.