In an earlier blog entry this year, I raved about the pitch-black Argentinian comedy Wild Tales having the audacity to make comedic material out of other people’s misery and misfortunes. But that film had a redeeming quality—not because good things happened in the end for the characters or the characters salvaged their morality through well-intentioned deeds. Rather, its redemption was in marketability, where the film’s high laugh-ratio and dramatic beats were accessible enough so that all the misery and bleakness never disrupted the viewer’s psyche too much, making them want to leave the theater.

This is good and all, but sometimes it takes another dark film to show you a different angle on how to approach the genre of black comedies. Can it get any bleaker?—yes, of course. But can it ever get so bleak that it stops being funny? Apparently not, because now we have Todd Solondz’s perfect tightrope performance piece, Wiener-Dog. The film centers on a single dog, who serves as the connective tissue among four disparate stories. With each demoralizing but hilarious segment, Wiener-Dog rivals and ultimately exceeds Wild Tales’s most depraved elements.

Todd Solondz’s Wiener-Dog has a sweet reticence in both its character performances and direction, which deceive the viewer into expecting a sentimental story about a boy and his dog—or a vet and her dog, or a disgruntled screenwriter and his dog—then takes a fist-sized crap on all that warmth and tenderness.

For example, at the beginning of the film, a father lovingly purchases a dachshund for his recovering son, Remi, who recently survived a bout with cancer and is enthusiastic about caring for Wiener-Dog. Remi bonds with his new canine friend with little regard for the dog’s diet or bathroom etiquette, while his parents are inclined to discipline and housebreak the dog into obedience. The young boy’s bewilderment and later deep concern about his parent’s decision to spay Wiener-Dog triggers our pathos towards the furry creature and the boy’s fragile understanding of adult-reality. 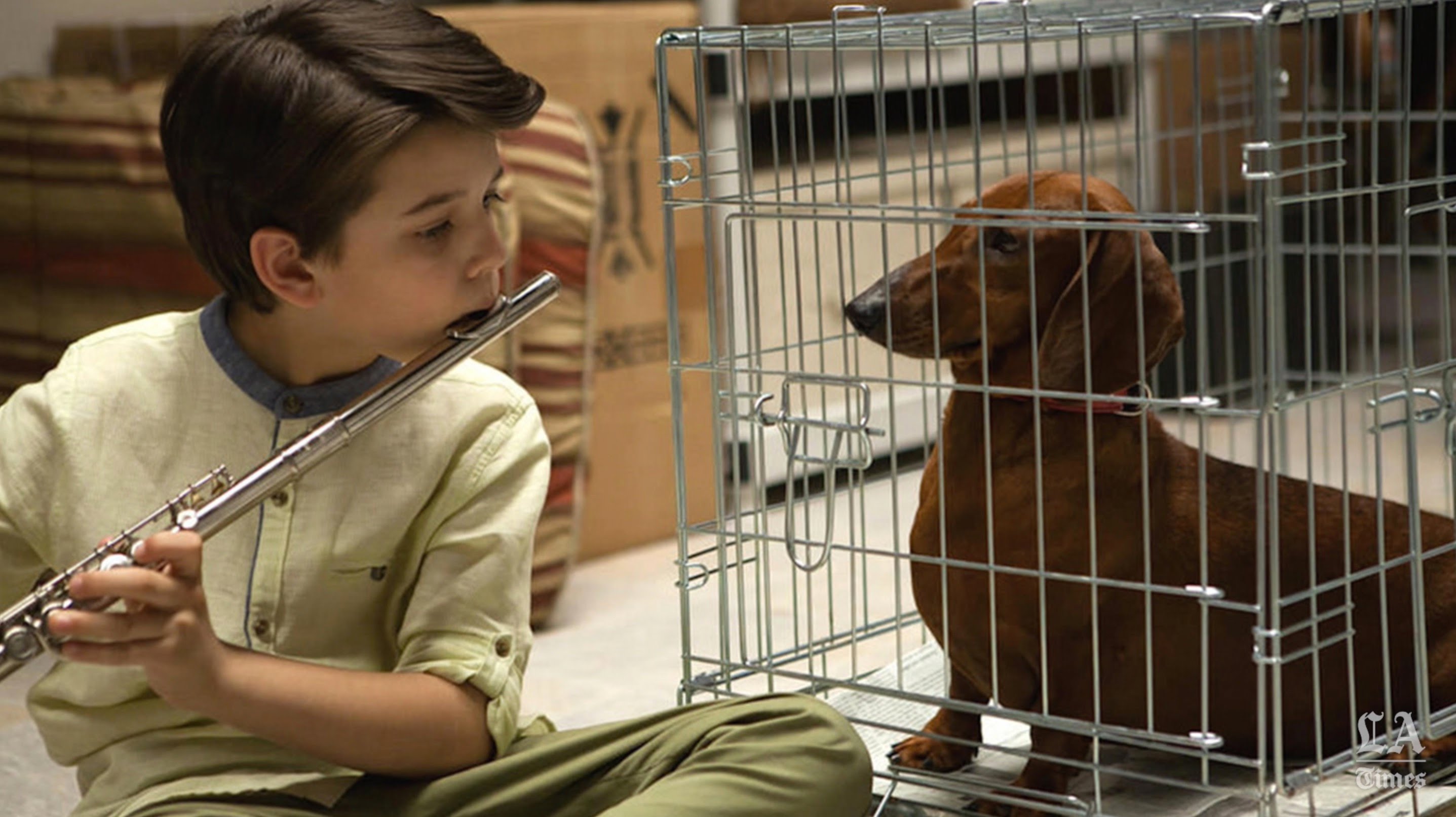 After the dog’s surgery, the boy’s mother, Dina, sits Remi down and attempts to rationalize Wiener-Dog’s spaying by relaying her own experience with her childhood dog, Croissant. “We don't believe in God,” Dina says as she gently strokes Remi’s hair. “Nature doesn't care about animals.” She relays the sad story of Croissant, who was impregnated due to being “raped by a dog named Mohammad.” The cringe-worthiness was so palatable, I could have taken a snapshot of the theater when that line was blurted. I swear, the stifled laughs and glares towards the floor went on for a good thirty seconds. Just that one-sucker punch was worth the price of admission and was enough for me to judge how adept Solodnz is at building tension, hypnotizing us into complacency, then following through with a glorious release of austere glee (and then, of course, the recoil).

Another segment works in the same manner, delaying gratification and then delivering a final fuck-you, haha moment (all done with aplomb, of course). Danny DeVito plays Dave Schmerz, a screenwriter with one successful motion picture to his name, who is attempting to get a second screenplay off the ground while simultaneously paying the bills by teaching writing courses at a nondescript Manhattan college. Dave’s temperament is short-fused—he dwells on negative thoughts about his stalled career and is disgruntled about his student’s complete disregard for and flippant attitude towards his traditional storytelling methods. The now-infamous dachshund Wiener-Dog makes his appearance as almost a nonentity in this story, sort of peering out of corners, attuned to Dave’s desolation but unable to provide therapy. After a disastrous session with a student who is attempting to develop her narrative feature, Dave calls it quits and proceeds to attach fake explosives to Wiener-Dog, then lets him loose on campus.

Once again, we are positively cheated out of a happy ending and instead blessed with a damningly funny conclusion: Dave straps TNT to a helpless, small dog as a way of pointing a middle finger at an incompetent administration, at his agent who led him astray in the pitch meetings with executives, and at noncompliant students whose millennial egos need assuaging 24/7. Or maybe Dave is a miserable prick with the largest entitlement issue around us.

There are two more black-comedy segments that I will leave to you to watch and cringe at. But what is most important to note is how Wiener-Dog shows us that comedy can be rearranged, and the payoff does not have to be constant, one joke after another. That traditional elements of storytelling do not have to have this internal pressure to please audiences at every turn or every beat, and if you let the film breathe, moments that will make you wince—that will make you uncomfortable—combined with bleak moments of amusement can subvert your expectations and make the movie-going experience rewarding in a different way.