World of Tomorrow: Poetry on the Screen

Every once in a while, if you’re lucky, a film rolls along and unspools itself at your feet, leaving you to wonder 1) how it even got there in the first place, and 2) how you ever managed to live as long as you had without it. Don Hertzfeldt’s animated short World of Tomorrow is such a film. At least—it is, for me.

Trying to describe such a beautiful, funny, poignant movie as this is a lot like trying to paraphrase a poem. It just doesn’t work, for any attempt results in immediate communication failure before the paraphrasing can even begin. A failure in terms of just representation, and a failure in terms of giving due credit. When partaking of such dense layers of critical thought, artistic imagery, and metaphorical power, tasting and seeing for oneself really is the only way to go.

World of Tomorrow does in sixteen minutes what entire sagas have attempted (with varying levels of success) to accomplish. Hertzfeldt’s work in this film is truly the stuff of the future, as is mirrored in the setting of this defamiliarized, pre-apocalyptic world where humans on Earth have more or less figured out how to clone themselves, travel through time, and upload their memories into each other’s consciousnesses.

The film follows Emily Prime, a cheerfully oblivious toddler who is visited by an Emily from 227 years into the future—an adult third-generation clone of herself. Clone Emily takes Emily Prime on a series of excursions via a tour of the world to come—replete with technological marvels and disasters, as well as Clone Emily’s personal recollections of traveling, falling in love, and grieving. The story is at once heartbreaking and hilarious, as the two Emilys try and fail to communicate with one another (or is it themselves?):

Clone Emily: One day, when you’re old enough, you will be impregnated with a perfect clone of yourself. You will later upload all your memories into this healthy new body. One day, long after that, you will complete this process all over again. Through this cloning process, Emily, you will hope to live forever.

Emily Prime: I had lunch today. 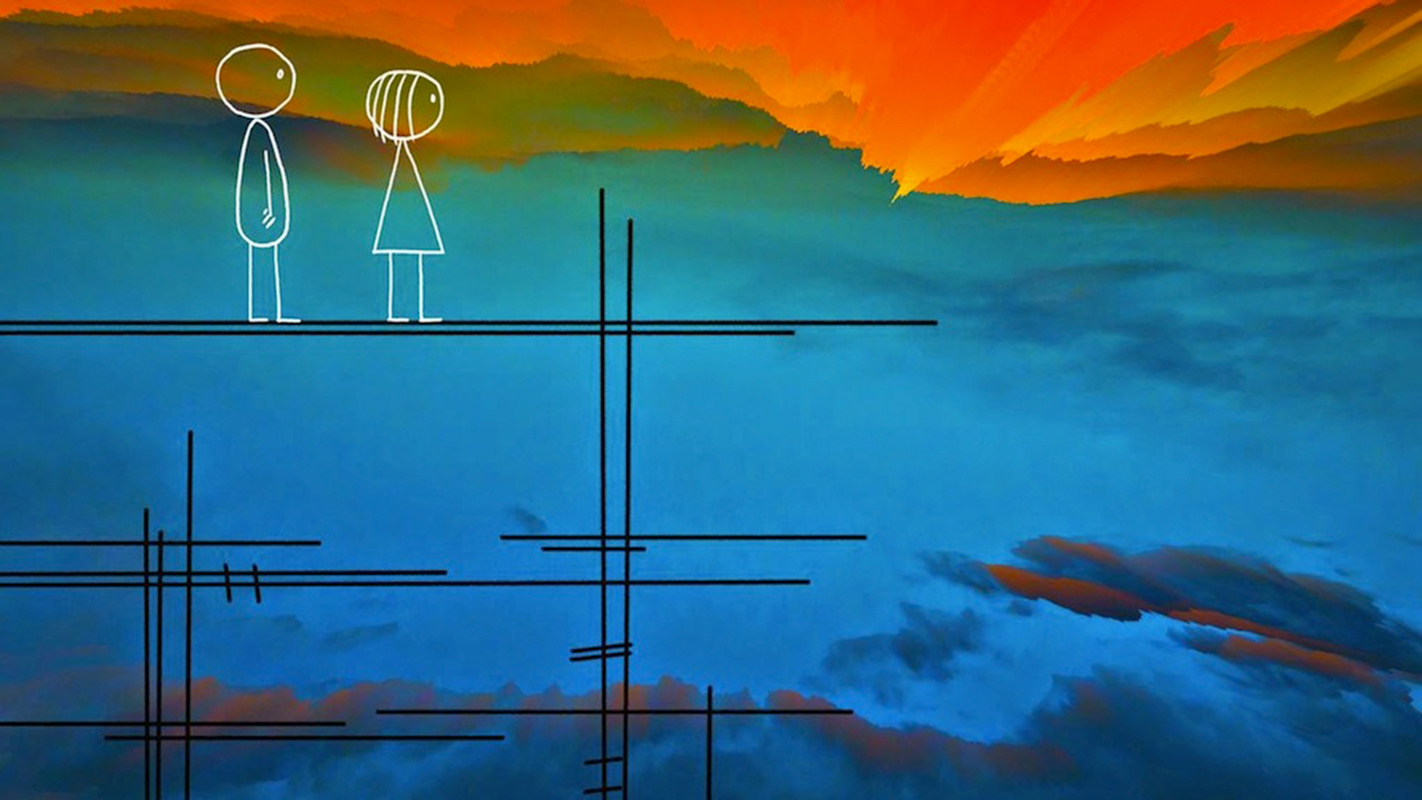 Each time I’ve watched World of Tomorrow, I’ve watched it alone. Which is suitable, I think, to the subject matter. The film’s attention to longing and existential solitude is impossible to miss, so starkly (and constantly) reminded are we of our ever-perishing bodies, whether as clones or as “originals.” It reminds me of Robert Frost’s description of the lyric impulse: “a poem begins as a lump in the throat, a sense of wrong, a homesickness, a lovesickness…It finds the thought and the thought finds the words.”

So, then, does World of Tomorrow find the thought—gorgeously rendered through its collage-like visual style—and find the words, too, through its sharp, often poetic dialogue. I readily confess that this film has often moved me to tears, though so unpredictably that I find it impossible to pin down what specifically is at work. My sense is that it isn’t any one thing, so much as it is multiple artistic threads intricately braided together. Hertzfeldt gives us a world that looks nothing like ours, yet is entirely ours, and while watching I find myself homesick and longing for people I’ve never even met, let alone those already a touch or text away.

It is not merely brevity that imbues World of Tomorrow with particular pathos, though it certainly does work in its favor. Like a poem—a concentrated, dynamic burst of thought—this animated short charges forth with a confidence indicative of one with nothing to lose and all to gain. Still, for all its dry nihilism, it is not wholly without joy, or at least a clear eye for what matters: “Do not dwell on petty detail,” Clone Emily says to her young self. “For all of these things melt away and drift apart with the obscure traffic of time. Live well and live broadly. You are alive and living now. Now is the envy of all the dead.”

And so, we may find, this is true. So, go hug a family member. Tell a dear friend what they mean to you. If there’s someone you love, say so to them, and mean it. And watch this film, while at it—today, if you can manage. Now is the envy of all the dead. What a happy day it is.

Natasha Oladokun is a writer living in Charlottesville, Virginia. Her poetry and essays most often explore faith, doubt, the divine, and learning to know God through language and creative expression. She holds an MFA from Hollins University, where she learned that genres are only sort of a real thing. Follow her on Twitter at @NatashaOladokun.