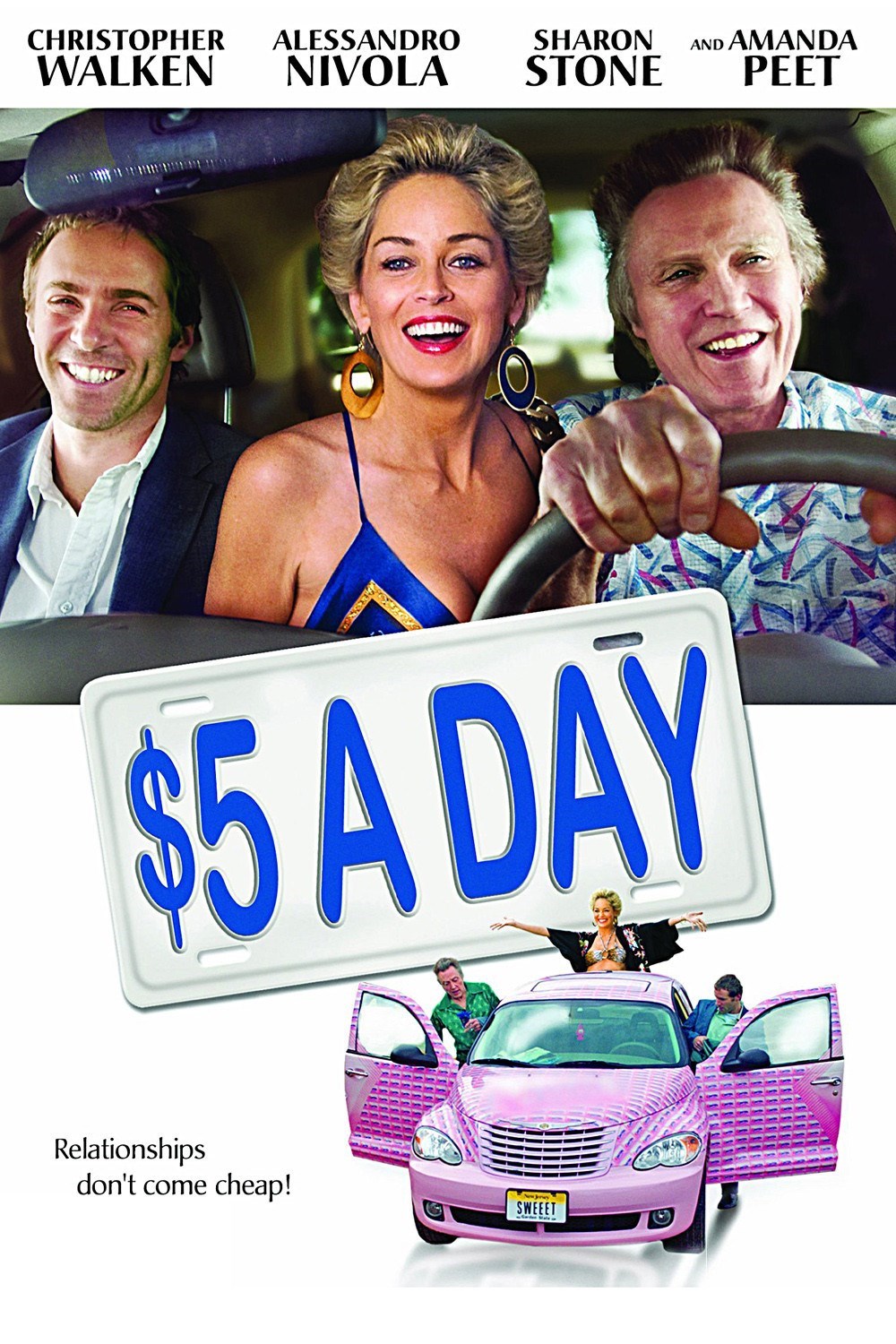 Christopher Walken plays scam artist Nat Parker, a man who never pays for anything if he can help it. When Nat is diagnosed with cancer, he convinces his estranged son to drive him to New Mexico for treatments.


Some films were never intended to be classics. $5 a Day didn’t even make it to theaters, despite debuting at the Toronto International Film Festival. With a cast including favorites Christopher Walken and Sharon Stone, it might have made it big if it had had any such aspirations. But for those involved, it was all about having fun.

Walken plays scam artist Nat Parker, who lives his life on the hustle, never paying for anything that can be paid for with a clever trick. He enters radio contests with different names and owns licenses with birthdays on every day of the year so he can milk the free birthday dinners at restaurants. He even drives a hot pink, promotional, Sweet’N Low-logo-smothered car because he gets free gas in return for his humiliation.

Parker now has cancer and seeks to rekindle a relationship with his estranged, conservative-leaning son. He apparently needs a ride to New Mexico for experimental treatments, but the boy has his reservations, thinking it may just be another ruse by his old man.

With enough of a plot to keep us interested, enough laughs to season the pot, and even a wild, fifty-two-year-old, bikini-clad Sharon Stone to pass the time with, $5 a Day is worth the price of admission—if you can’t find a way to get it for free.