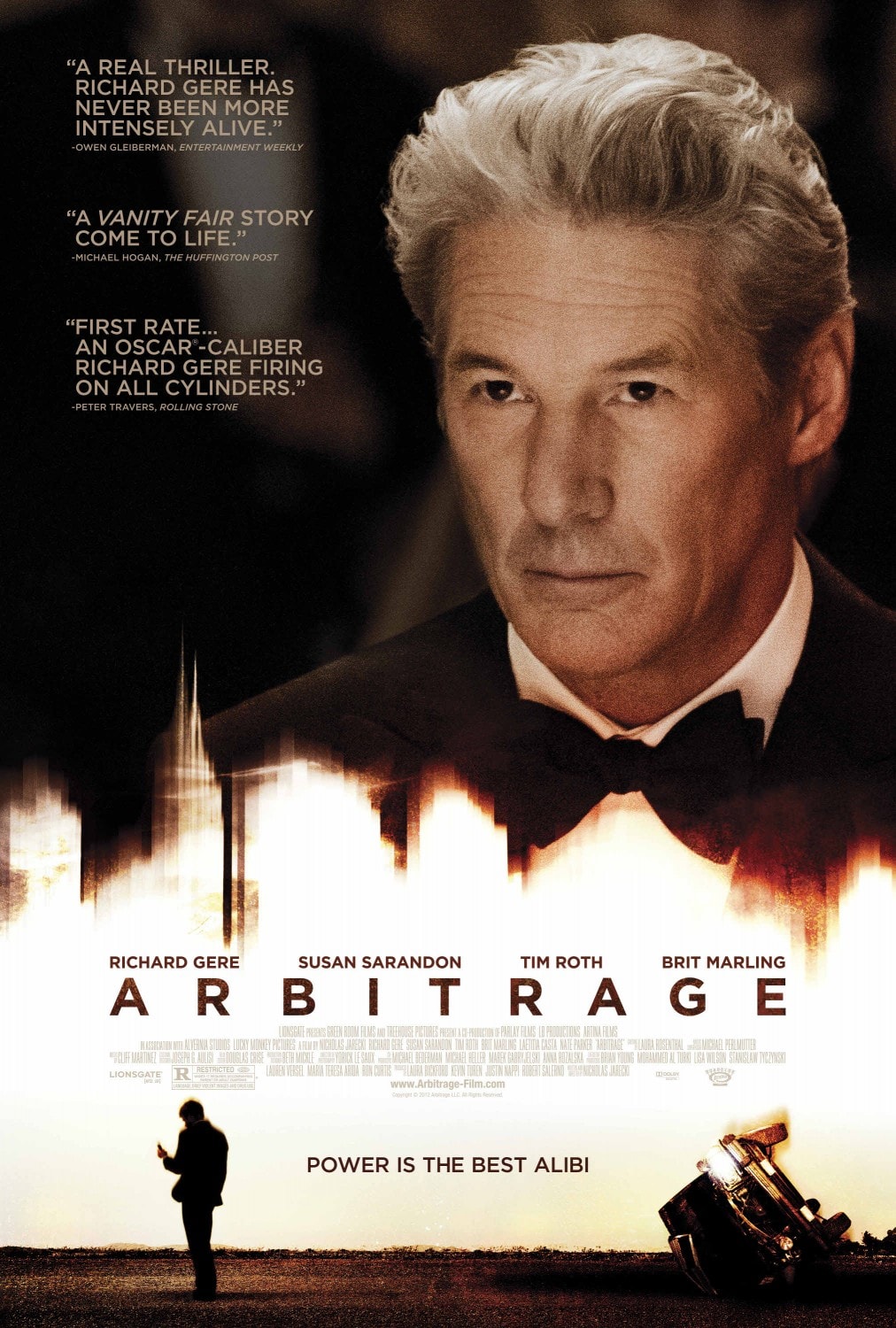 Arbitrage is the story of Robert Miller (played by Richard Gere). A hedge fund king, he has made a disastrous trade, but trusts that if he can hide the truth long enough, he just might find a way out.


We’ve all seen them, especially those of us who pay attention to the investment banking world: the masters of the market, cool and omniscient, who feel entitled by their success. Director Nicholas Jarecki has seen them, too. He grew up with commodities-trading parents, which undoubtedly influenced his perception of these suave magnates. Jarecki imagines financiers as ducks in a current—calm on the surface, but paddling like hell just below.

Arbitrage is the story of one such hedge fund king, Robert Miller, played by an ever-classy Richard Gere. Miller has made a disastrous trade, but he believes he may find a way out if he can keep the mistake a secret long enough. Maintaining the façade becomes even harder when his paramour dies and the police come knocking. It begins to look like the world he built may finally crash down around him.

Arbitrage is a polished film. Jarecki comes from observant genes (he and his brothers are all accomplished documentarians), and he lines up some excellent supporting talent alongside Gere. Brilliant performances from Susan Sarandon, Nate Parker, Brit Marling, and Tim Roth lift the movie to its impressive heights. In the end, the combination of the excellent acting and precise detail yields a gripping tale that proves the old adage: the bigger they are, the harder they fall.