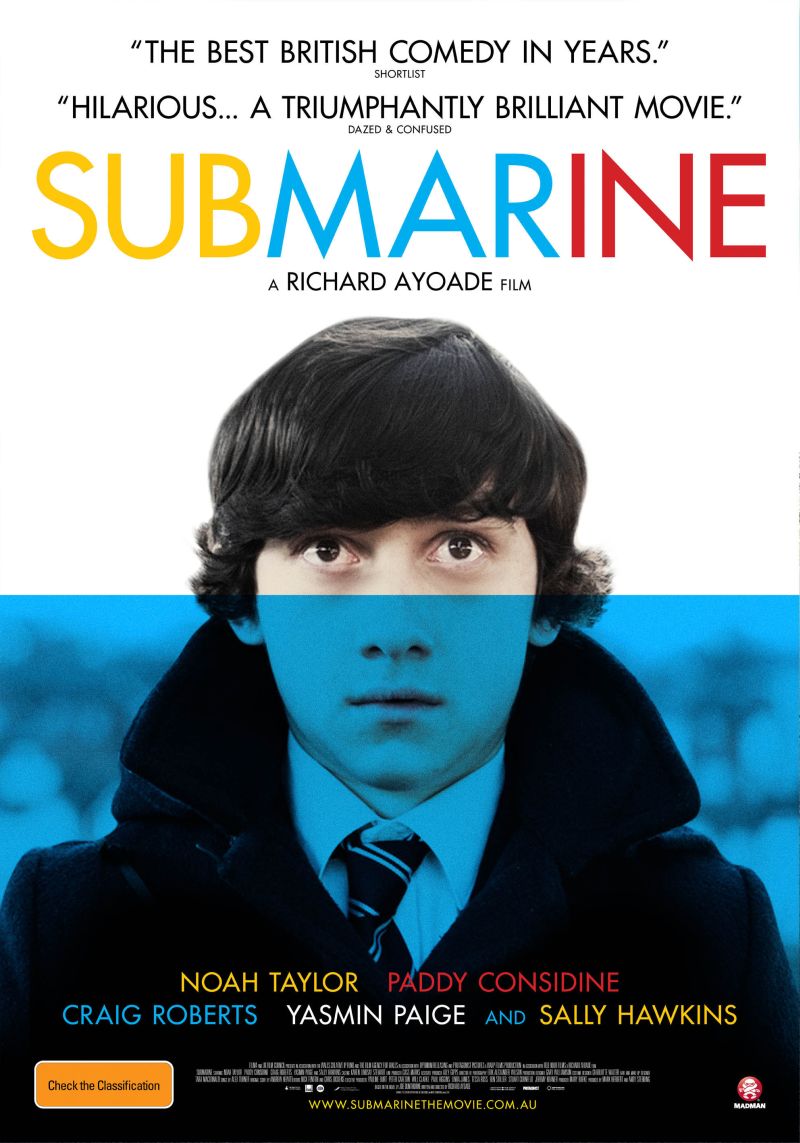 Submarine, director Richard Ayoade’s feature debut, is a quirky coming-of-film about a Welsh teenage boy who must balance the pain of young heartbreak with a tumultuous life at home.


The coming-of-age story is a classic film narrative: a young person experiences conflict at school or with family, gets involved in a romance, and comes out the other end with newfound maturity. We view these films through the veil of our own memories and the lessons we learned from them. But when one of these movies is done right, it has the strange power of teaching us something completely new.

Written and directed by British sitcom star Richard Ayoade, Submarine tells the story of fifteen-year-old Oliver as he deals with the twin perils of navigating his first relationship and facing discord at home—the latter instigated by a new neighbor who has eyes for his mom. Divided into two parts—girls first, family second—the film comes to a climax in which the separate plotlines become a tangled mess, creating something more intractable than Oliver ever could have anticipated.

The teenaged leads and the rest of the cast earn their due, but the real star is fledgling filmmaker Ayoade. His script is equally comedic and dramatic, and the direction is assured. Along with wonderful stylistic touches in editing and cinematography, these elements infuse the film with an indie quirk and fresh insight that will find a place in your heart.