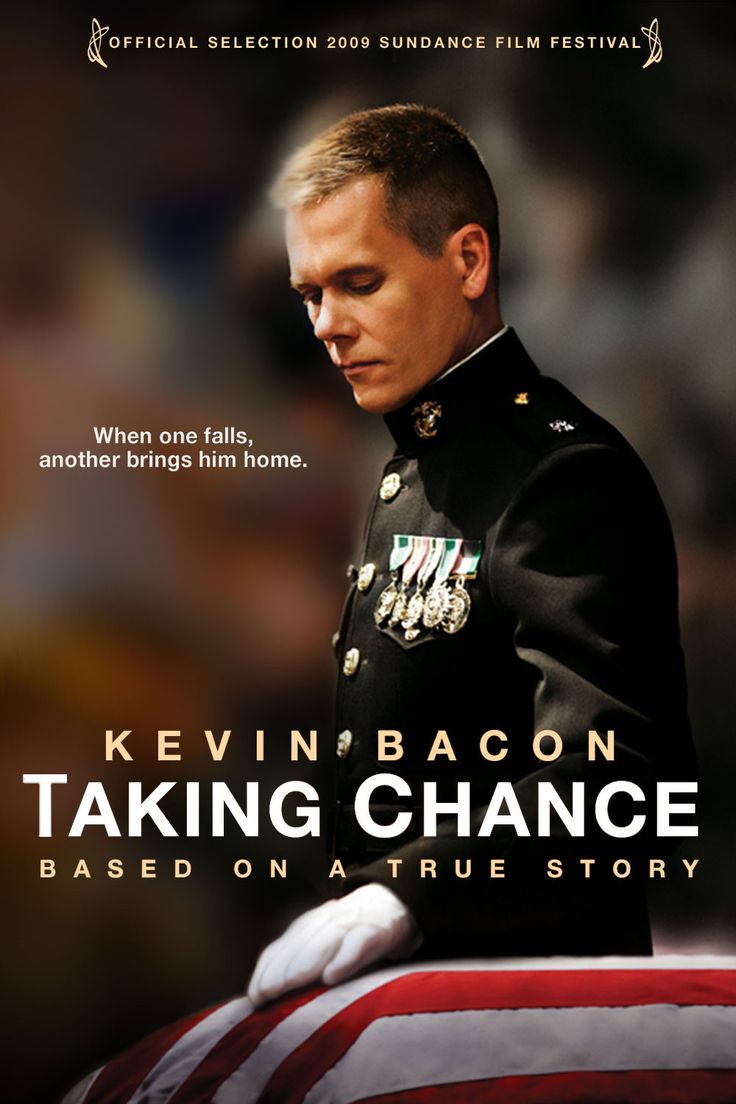 Kevin Bacon, in an exceptional performance, plays Marine Corps Colonel Michael Strobl, who travels with the body of fallen PFC Chance Phelps so that he may be buried at home in Wyoming.


Kevin Bacon is a treasure, and in our opinion among the very best of character actors. He excels at altering his mannerisms in order to morph into his roles, and his performance in Taking Chance is no exception. Bacon plays Marine Corps Colonel Michael Strobl, who travels with the body of fallen PFC Chance Phelps so that he may be buried at home in Wyoming.

Based on the true story written by the real Colonel Strobl, Taking Chance is a simple premise told with little adornment. But it is extraordinarily moving. Colonel Strobl shows the kind of compassion for his fallen comrade—whom he did not know personally—that we hope is given to all who fall in battle. The movie finds pride and power not just in the soldiers, but also in the ordinary Americans who, through simple gestures and condolences, offer what they can in solidarity.

We are always proud of our soldiers. Too often we celebrate that pride and appreciation only when the ultimate sacrifice has been paid and they are gone. Taking Chance teaches us a noble lesson in that regard, reminding us to honor our heroes whenever we have the chance.