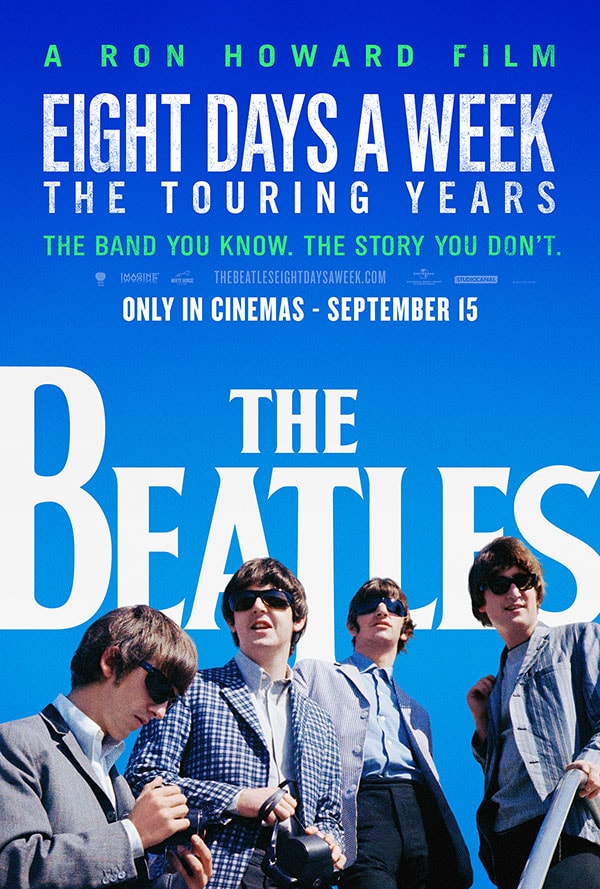 The Beatles: Eight Days a Week – The Touring Years

This documentary from master storyteller Ron Howard offers us a privileged look into the early years of the Beatles' meteoric rise, at a time when they were still touring.


Ron Howard is a master storyteller. Though he started out as Opie on The Andy Griffith Show, he has become a prolific producer/director, with classics like Cocoon, Splash, and the Oscar-winning A Beautiful Mind to his credit. And now comes a noteworthy documentary: The Beatles: Eight Days a Week – The Touring Years.

Even those who were not alive when Beatlemania swept the nation know their story well. The Beatles were (and still are) a worldwide phenomenon like no other—who would think that in 2016 there would still be more of their story to tell?

What unfolds here is an examination of the early years of their meteoric rise—a time when they were still touring—and an examination of why they stopped: physical abuse from fans, technological production limitations (the available technology of the time broadcast almost unintelligible sound), a violent scrutiny of everything they uttered, and the final straw: being bounced around in a metal armored car with the respect accorded to dead meat.

Here we feel the energy that transformed the youth of the world as we revisit one of the greatest bands of all time and study why it was that they stopped touring at their prime.