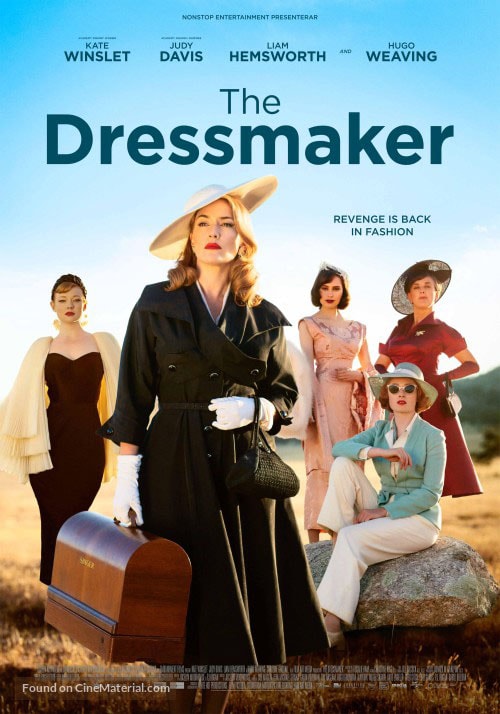 Even with big stars like Kate Winslet and Liam Hemsworth, The Dressmaker was largely ignored upon release, probably because it’s hard to categorize. It’s unique, funny, and tragic—and it has something to say.


Tilly Dunnage was already the outcast in her conservative Australian outback town. But when she somehow became involved in the death of the most popular boy in the area, she was run out of town and learned the true meaning of exclusion.

Fortunately for Tilly (played by Kate Winslet), her rejection turned out to be a blessing. She found strength in traveling alone and fending for herself, settled down long enough to become an exquisite seamstress, and has now returned. It doesn’t take long for the whole town to know that she is back, she is mad, and, sewing machine in hand, she is looking for vengeance.

Even with big stars like Winslet and Liam Hemsworth (who plays Teddy, her romantic interest), The Dressmaker was largely ignored upon its release. In part, this is because it’s a hard film to categorize. But those who give it a chance will see that it uses its quirks to its advantage; it’s unique, funny, and tragic, and it has something to say. This is a film made by women who wish to make a point. The humor, like a spoonful of sugar with medicine, hides the sword of judgment as it skewers the standards of a society rooted in inequality. Through the film’s many laughs we can feel its righteous sting.

We root for Tilly, so horribly wronged, as she empowers the downtrodden through her own strength, and brings this town to its knees.