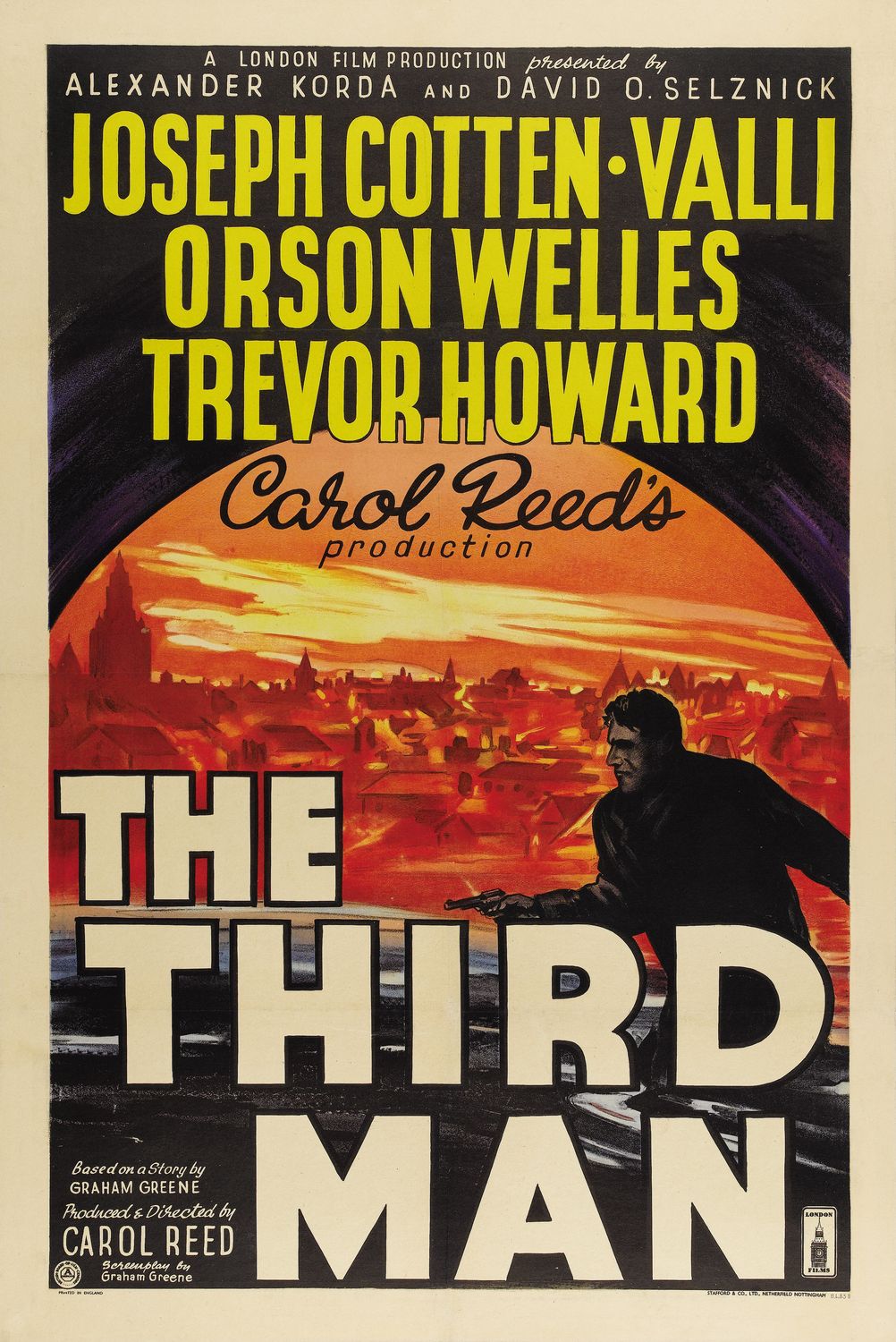 Orson Welles was undoubtedly one of the greatest film artists of the 20th century. But ironically, apart from his masterpiece, Citizen Kane, he may be best known for one he did not direct: The Third Man.


Orson Welles was undoubtedly one of the greatest film artists of the twentieth century. But ironically, apart from his masterpiece, Citizen Kane, he may be best known for a picture he acted in but did not direct: The Third Man.

Directed by Carol Reed and shot in 1948 in the war-ravaged streets and sewers of Vienna, this classic noir was named the best British film of all time by the British Film Institute. Its brilliant score by Anton Karas jumps from the strings of the prominent zither, and a supporting cast including Joseph Cotton and Valli (once called “the most beautiful woman in the world”) brings every character in the shadowy city to life.

Welles stars as elusive war profiteer Harry Lime. Roger Ebert, adding the film to his “Greatest Movies” list, named Lime as his favorite villain ever. The legendary auteur was clearly the key to the success of The Third Man; Reed was heavily influenced by Welles’s expressionistic use of tilted lenses and pioneering manipulation of light and depth. The irrepressible Welles even contributed some of his own dialogue, most notably in the famous Ferris wheel meeting:

“In Italy, for thirty years under the Borgias, they had warfare, terror, murder, and bloodshed, but they produced Michelangelo, Leonardo da Vinci, and the Renaissance. In Switzerland, they had brotherly love. They had five hundred years of democracy and peace—and what did that produce? The cuckoo clock.”