The late twenties can be an existentially challenging “phase.” During this loosely defined blip in the human lifespan, the acceptability of having an amorphous job/purpose/life fades away and invokes a reckoning with one’s existing job/purpose/life. If western middle-class humans were featured on an educational nature program, this would be the time when the average specimen jockeys into long-term position. Mates are selected, nests are closed on, career paths unfurl into the distance. But this Darwinian clockwork is not without stragglers. In Frances Ha and Mistress America, Noah Baumbach and Greta Gerwig train their focus on the struggling stragglers and the cash flows (or lack thereof) that shape their paths.

Both films center around New York-based heroines with creative aspirations and an idiosyncratic magnetism. Rhythmic scripts (co-written by Gerwig and Baumbach), executed with fine-tuned perfectionism, paint the world they live in and conform especially well to Greta Gerwig’s comic timing. Frances (Gerwig) is a dubiously talented dancer feeling the weight of big shifts materializing seemingly out of nowhere at the age of 27. Her main relationship with best friend Sophie (Mickey Sumner) is pulled out from under her as Sophie begins to splinter off with a serious boyfriend. Almost simultaneously, it becomes evident that Frances’s dance career is arriving at a dead end.

On the other hand, Mistress America’s Brooke (Gerwig again) is not technically the film’s protagonist. Seen through the awed and perceptive Tracy (Lola Kirke)—who is initially set to become her stepsister—Brooke is an extremely likable, self-involved and self-aware hustler. She juggles multiple “curated” jobs while chipping away at “achieving things”—in this case: opening a restaurant/hang-out/hair-salon concept in Brooklyn. She is an energetic force full of ideas and observations both hilarious and slyly astute, and has a collection of fast acquaintances that lend her the sheen of someone to keep up with. Whereas Frances vaguely knows what she wants from life (E.G., when asked what she does: “It’s hard to explain,” why? “Because I don’t really do it”), Brooke doesn’t have a particular direction. Instead, she has a thriving stock of originality but lacks the concentration and financing to follow through. 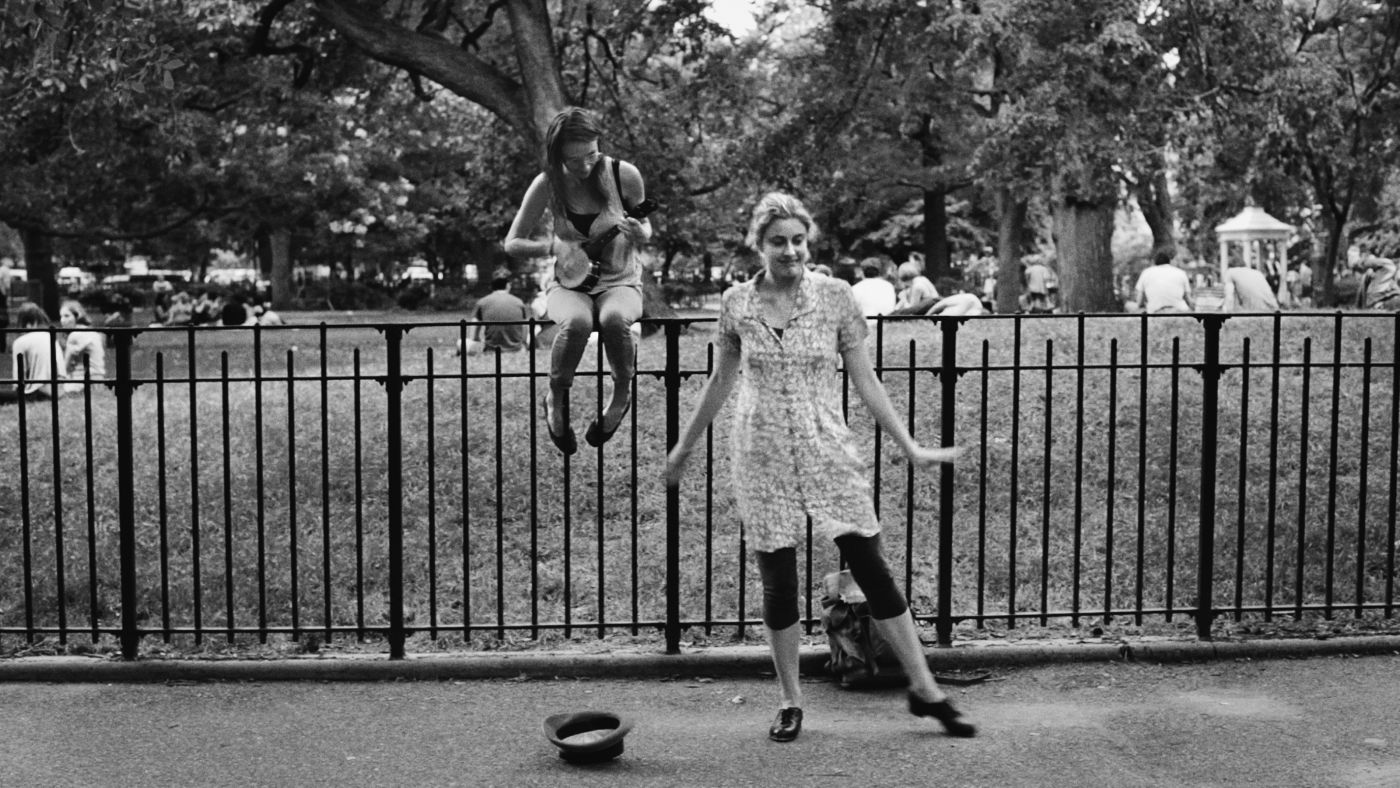 Indeed, financing is a defining constraint faced by both characters, and an underlying current in the films. The earlier Frances Ha engages with the heroine’s continuous difficulties with staying afloat as it draws viewers into her story of adaptation and progression in a sumptuously black and white New York. But things are less, well, black and white in Mistress America. There, the spectrum of themes broadens, ushering in a more universal conclusion—perhaps even a warning—that New York isn’t merely the setting, but also the product of unique and increasingly squeezed characters.

Frances’s money problems are put in stark contrast to the comfortable existence of her rich roommates. They can afford to lounge around on weekdays and own multiple vehicles, while Frances edges into a nomadic life of uncertainty. Lingering faintly is the potential for her roommate Benji—who is romantically interested in her—to float her rent, if she stops being “undateable.” But Frances only takes opportunities that don’t compromise her integrity. It seems, though, that the only way to move forward is to make some kind of compromise.

In Mistress America, Brooke’s success is more closely entwined with her finances. Her dream restaurant depends on the financial backing of an anonymous milieu of investors, including her M.I.A Greek boyfriend (who bets against the Greek economy to enrich himself). The investments teeter precariously. These people, who have concentrated hard on amassing wealth, know that as much as she purports to want their lifestyle, Brooke is not in it for the money. She wearily notes, “Rich people will take any excuse not to spend money—you can just see it in their eyes that they don’t really want to share life with you.” And in Mistress America, they don’t. Brooke’s ex and potential financier, Dylan (Michael Chernus), has trouble even understanding the concept of doing something for its own sake. “I don’t think anyone starts anything with the dream of NOT making money,” he quips. But the irony is that in a sense, New York itself is fueled by people NOT making money. In addition to a large population of marginalized low-income New Yorkers who rarely make the cinematic cut, these are people like Frances and Brooke.

The heroines of Mistress America and Frances Ha are women suspended between the exciting possibilities of youth and the limits of a human lifetime. Unwilling to concede to a dull and comfortable existence, their all-in struggles lend soul and meaning to New York in a way that investment banking doesn’t. Moments when other people benefit from them flow by as undocumented positive externalities that can’t really be monetized. And while this point belongs to both films, Mistress America drives it home. As Tracy aptly indicates, bystanders are matches to Brooke’s bonfire. Ultimately, the city that nudges people like Brooke and Frances out will only be left darker.