Three colors, three meanings: Liberty (Blue), Equality (White), Fraternity (Red). Laid side by side they make up the French flag; committed to celluloid, they serve as the basis for the final films of Polish auteur Krzysztof Kieślowski. If one were to make a list of the most gifted filmmakers of all time, it’s very possible that Kieślowski would occupy the top spot, or if not, that he would be surpassed only by Ingmar Bergman. Few have ever understood the language of cinema more thoroughly, or written so beautifully using it.

Though he died young—this past March was the 20th anniversary of his death—Kieślowski had retired from filmmaking a few years earlier after concluding his Three Colors trilogy, which was, perhaps, his most ambitious project. That’s saying something, given that the man had previously crafted a ten-hour miniseries inspired by the Ten Commandments. Three Colors was to be three films, each based off of a color (and its corresponding meaning) of the French flag. But given that Kieślowski preferred questions over answers, and quiet transcendence over bombast and revelation, the films do not adhere to their ideas as easily as one might think. Roger Ebert commented on this when writing about the films for his “Great Movies” series, calling them an anti-tragedy (Blue), anti-comedy (White), and anti-romance (Red). His view is correct, but it would be a mistake to think that the films invert the themes they are based upon; rather, Kieślowski—working with his longtime writing partner Krzysztof Piesiewicz—interprets them in unusual, understated ways, almost reverential in how closely they follow and depict humanity. 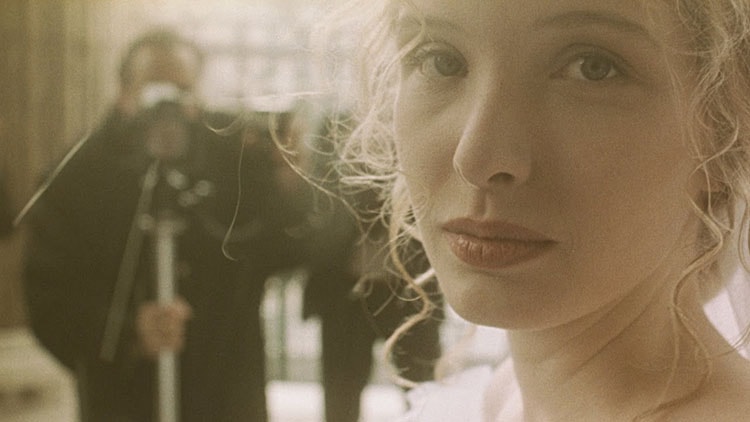 Blue, the first of the trilogy, concerns a woman (Juliette Binoche, perfect as expected) who loses her husband and child in a car wreck. The liberty she attains is emotional and personal, instead of social or political. She searches herself. She makes choices. She tries to move on, or decide if it is even worth doing so. She becomes truly free in that she is able to live (or retreat from life) completely on her own terms. White, the color of equality, follows Karol Karol (Zbigniew Zamachowski) and his quest to get revenge on his wife (Julie Delpy), who divorced him, exiling him out of Paris and back to Warsaw. His equality is revenge, or at least, an equal understanding between the two. Red, which stars Irène Jacob (who also starred in Kieślowski’s The Double Life of Veronique), is the trilogy’s final film. It explores brotherhood by chance encounters, tiny moments that connect or repel us, and pieces of time where the past may be repeating, or running concurrent with the present.

All this is to say that while Liberty, Equality and Brotherhood are perfectly good things to strive for and idealize within a society or country, they also occur within us. Kieślowski is not concerned with the world at large in these films, he is concerned by the world within. How do we live? Why do we live? How do we continue on in the face of hardship, misunderstanding, death? How do we live alongside one another and yet know so little about our neighbors and companions? What can we really know about them? These are big questions that have no particular answer. The films tell stories, but not in any traditional or modern sense. These characters want things, but they are not driven by desire the way we expect characters to be. Their conclusions bring about an ending, but it isn’t the type of payoff we might expect. It feels more like we have stumbled into watching a life already in progress, and that, after a while, we simply must stop watching. Many things never become clear. 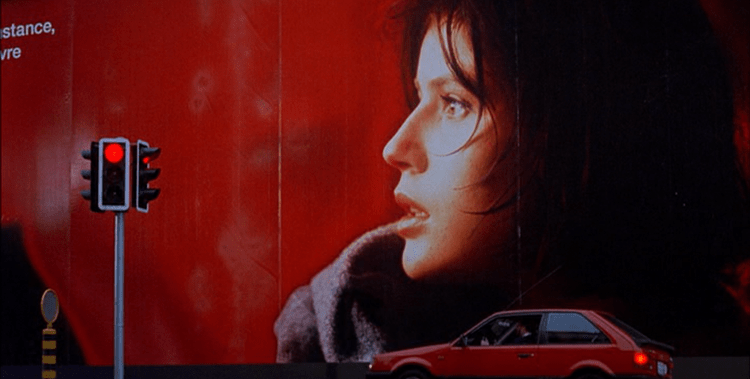 But Kieślowski is fascinated by the gray area, the place where the inability to be accurate allows for the possibility of the transcendent. He tackles enormous themes without naming them. A sugar cube dissolving, soaking up coffee, touches unknown spaces of emotion. We are moved by flashes of color, sweeping rises of music. A look on Irène Jacob or Juliette Binoche’s face does more in these films than an entire essay on the subject of humanity could. Kieślowski looks, and he sees. Brilliantly, he sees.

Of the films, Red is the best, White the most entertaining, and Blue the most powerful. They are the cap to a career that began with small, vérité-style documentaries; evolved through narrative features like Camera Buff, Blind Chance, and No End; reached for the divine and unknowable in Dekalog and The Double Life of Veronique; and ended here, with humanity. Twenty years after his death, Blue, White, and Red are more impressive than just about anything that’s been released since. He may not be as well known as his compatriots Polanski and Wajda, but his achievements tower above theirs (which is no small feat). It is perhaps better, then, that he retired from filmmaking before passing; we don’t feel cheated out of films we never got to see. We have a complete, definitive statement.

Not too long ago, I wrote on this blog about the thrill of nihilism in Green Room. The Three Colors trilogy occupies the other end of that spectrum, though it is equally thrilling. It does not offer spirituality or salvation, but it does approach a kind of transcendence and glory, and perhaps more importantly, it does so purely through human interaction. To watch Three Colors is to see that life, itself, is often the only miracle that is needed. The fact that we can live, and love, and emote with others. The fact that we are here at all. That life exists, and we get to live it, in color.