A Gaspar Noé film is best followed (or preceded) by a stiff drink. Noé is both an extremist (in the filmmaking sense) and a provocateur, and while he can easily be grouped in with other similarly notorious filmmakers—directors who intentionally push buttons or try to take material past the point where it would normally be considered “too far”—Noé does it without the sort of gleeful mischief of someone like Lars von Trier. His films are dreary, serious, and challenging (oftentimes purely from an endurance standpoint). But they are never not interesting, and Noé is never not provoking the audience without purpose. His newest film, Love—a head trip through a young man’s relationships, past and present—is presented with graphically explicit, unsimulated sex scenes between its stars. And, for good measure, is shot and presented in 3D.

Though many will cry foul at the mere idea of Love (and it does, in many ways, seem like an intentional poke-in-the-eye to the established film order, especially the 3D presentation), Noé is really trying to do something here. In his own words, his plan was to make a film that depicted the kind of sex that “makes your life so exciting.” He is, in a sense, attempting to elevate what might be seen as cheap pornography into a legitimately moving work of art. If, then, we look at Love as a pure experiment, we can start to diagnose the effectiveness of using unsimulated, explicit sex scenes in a work of art.

It’s worth noting that Love is not the first legitimate art film to employ unsimulated sexual acts. In the Realm of the Senses courted controversy decades ago for the same thing; more recently, von Trier has used the tactic in The Idiots and Antichrist (though the latter used body doubles for close-ups). The difference, though, is that Noé’s film not only features actual sex performed by its actors, but is also primarily about sex. That makes finding the line between art and pornography much harder (no pun intended). 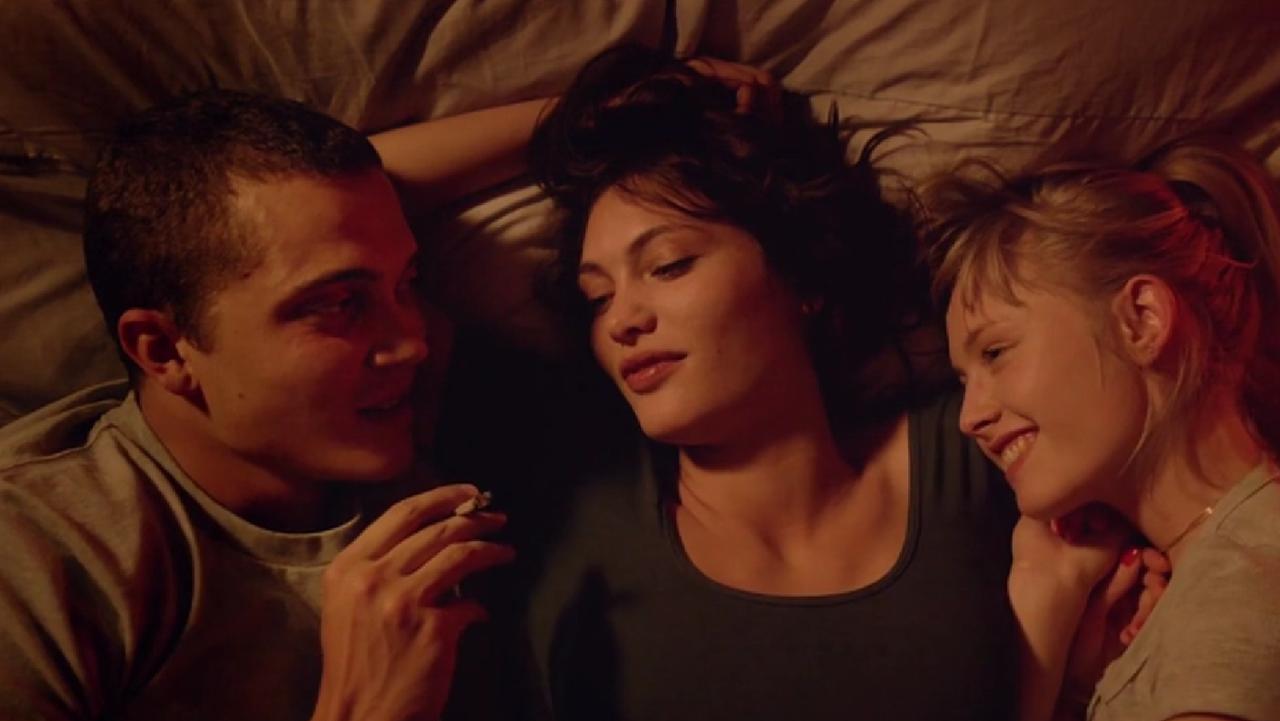 But if the purpose of pornography is to present the explicit for the purpose of arousal, then it’s awfully hard to sit through Love and come out the other end thinking that the work is mere pornography. Graphic, yes; but purely for the point of the audience’s excitement? Noé shows us loving sexual encounters, exciting ones (for the characters), but also shows us the bleakness that can accompany the act when it represents all that ties a dying relationship together. A late scene in which the two leads, Murphy and Electra, go to an anything-goes sex-club proves more depressing than anything else, as the mass of bodies and limbs all looking for pleasure turns from excitement into something almost nightmarish under the strobe light camera work. The participants seem reduced to animals. The explorations and experiments that Murphy and Electra try often do more to undermine them than bring them closer together. If anything, Love is here to show us that while sex can be intimate and moving and life-affirming, it can also represent us at our most base and depressing.

The question then becomes: could Love accomplish all of this without filming legitimate sex acts? Could the film do this without being as explicit as it is?

The answer will most likely depend on where your own personal gauge of “how much is too much” is set. But for my money, I’d argue that it is necessary. If Noé is truly trying to make a film that depicts sex in a real, human way—a film that “truly depicts sentimental sexuality,” as Murphy states, serving as a mouthpiece for his director—then it would be near impossible to do so without showing the act. We’ve seen enough simulated sex to know it when we see it, and as such, the illusion of reality that Noé is trying to create would be shattered. Film can never replicate true reality, but a film like Love seeks to get it as close to reality as possible, and, in doing so, show us something we haven’t seen before. Noé’s goal is to make us think about human sexuality in a way that we may not have previously thought about it in relation to the cinema.

All of this is not to say that unsimulated sexual acts, or films featuring explicit 3D action will somehow become the norm. Noé is still very much working on the fringes of art cinema—there’s a reason he’s been grouped in with the New French Extremists—but it is both exciting and important to know that there are still people out there pushing the limits as far as they can go, and then still pushing a little farther. He has made a real film about real things, a film that is meant to be experienced like a wave rushing over the body rather than dissected scene by scene. Love, in that sense, is not unlike his last venture, the criminally under-seen Enter the Void, which offered audiences the closest thing they could get to a hallucinogenic head trip as possible without dropping acid or DMT themselves.

How you react to Love will be determined by how much you can put up with the acting (the cast is, largely, amateur) and if you’re able to roll with a script that was apparently seven pages long. But if you’re willing to give yourself over to the film and just take the trip, it’s a film that leaves you with much to think about. If nothing else, we should be thankful that directors like Noé exist to give us work that can provoke that reaction.