Sensationalism and How It Formed My Love for Film

“Why do you think he removes their skins, Agent Starling? Enthrall me with your acumen,” Hannibal Lector says.

“It excites him. Most serial killers keep some sort of trophies from their victims,” Clarice Starling responds.

“No. No, you ate yours,” Clarice Starling finishes.

Shudders. Cannibalism. Flaying skin. Tokens from THEIR victims. Shudder. Yet, somehow—I liked it. In my fourteen-year-old self, I couldn’t shake off the grisly visual. My parents and my teachers spent so much time and effort to protect me and my peers from anything remotely ghoulish. But the coddling of my parents and teachers couldn’t keep me away from the allure of the taboo.

I remember these formative years, and realize later how much of an impact two very disparate movies had on my sensibilities as a burgeoning cinephile. Stanley Kubrick’s 2001: A Space Odyssey and Jonathan Demme’s The Silence of the Lambs were the two films that endeared me to a particular aesthetic sensibility—the mondo, the sensationalistic, the taboo—that guides how I unconsciously perceive and derive pleasure from film nowadays.

I remember vividly the transitional era between analog VHS and digital DVDs. Just the gluttony of seeing used VHSs in the clearance bin, as DVDs were claiming real estate on the rental shelves, was a blessing in disguise. My working-class parents never had knowledge of or interest in movies in general. They were just omnivores in their viewing consumption—they liked any picture as long as it was entertaining.

My parents chose The Silence of the Lambs from the bargain bin for no reason besides the marketing on the front cover that it had won an Oscar for Best Picture. The lone VHS player was in our living area of our cramped apartment in Alexandria, Virginia, but once we closed the window curtains, the movie felt like a revelation. 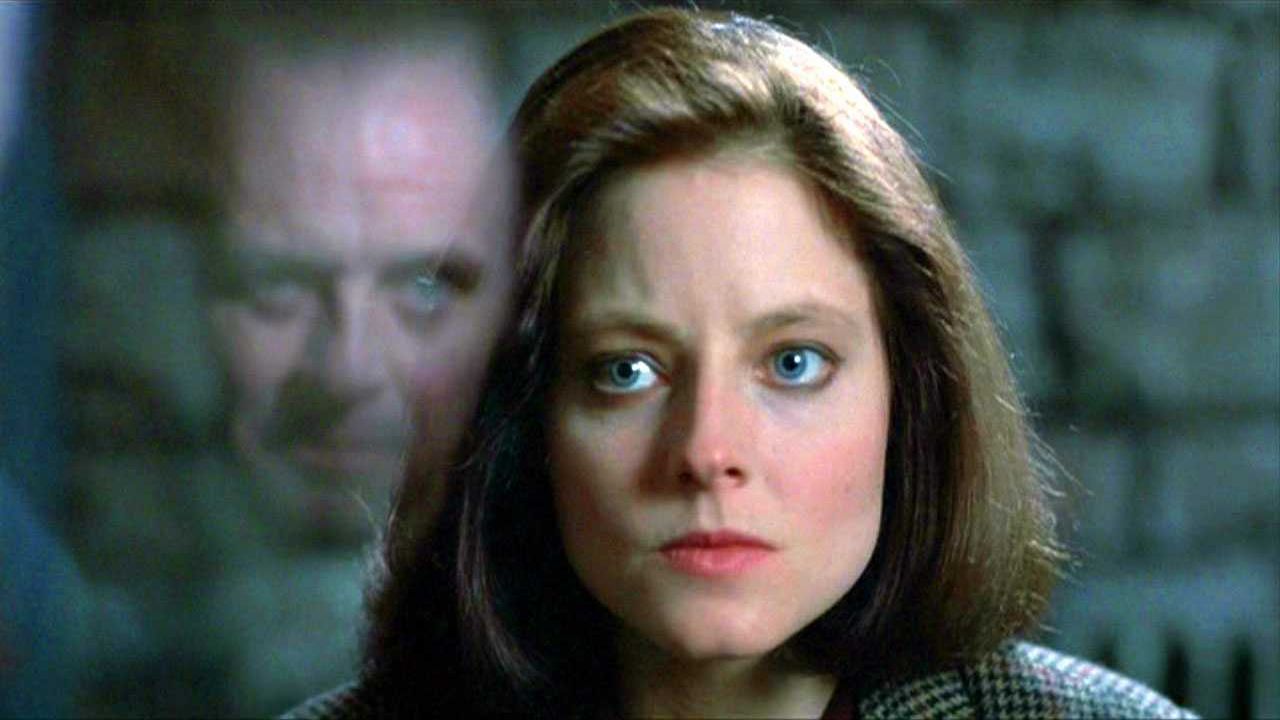 What triggered my nascent appetite for sensationalism were the horror-genre elements of Lambs. Certainly The Silence of the Lambs passes a certain level of prestige because the drama elements are that good. But what appealed to me were the moments when Dr. Lector became that boogeyman. That scene where Dr. Lector escapes from the handcuffs and assaults two prison guards stationed to watch over him was hauntingly beautiful. Dr. Hannibal Lector knows that he is capable of brutality, and once we witness the gore unfolding—the tangling of horror with the delicate, baroque music playing in the background diegetically—I was stunned. Stunned, because, well, I didn’t know how to process it.

Now, before the violence of Dr. Lector or Buffalo Bill and their depraved behavior engulfed me and threw me over into a well of nihilism and despair—or at the very least, led me to become a prosaic fanboy of Fangoria—it was Kubrick’s 2001: A Space Odyssey that added an art-house sensibility to my macabre and one-dimensional movie preferences.

I remember several months had progressed after my viewing of Lambs, and I distinctly recall 2001’s box cover art with its white borders and a spaceship docketing into a hotel that orbits Earth. The artwork was unlike all the other cover art of other films—the hand-drawn details, the space setting, and most astonishingly, the lack of actors in silly poses miming to get your attention and your dollars. I decided to rent it from Blockbuster.

My brother and I sat down on our living room couches, and as the music started, the screen remained blank. Minutes continued, but the screen was still pitch-black, so I fuddled with the red-white-yellow AV cords, thinking the unsettling darkness was just not right. What I later understand was that Kubrick had the final say on all of his films, so he had the great fortune of making 2001 drastically different from any other film before it. The screen was supposed to be black. But I had never been exposed to having the familiar turned on its head, the familiarity one is accustomed to by watching mainstream Hollywood films. 2001 had instantly subverted the comfortable cinematic expectations.

Then, Richard Strauss’s “Also sprach Zarathustra” came thundering. The screen turned to outer space and the sun rising above Earth, and then the opening title. What followed were a series of chapters of mankind’s evolution from chimpanzees to humans like us venturing outside our planet, to our innate curiosity as to whether intelligent beings, besides ourselves, exist out there in the cosmos. But it was the languid pace of the film, with every shot immaculately composed—taking into account the grandeur the big screen has to offer—that floored me. The film is the complete opposite of a fast-action and quickly edited Hollywood movie. Kubrick made an accessible art-house film, but my tastes back then were either consumed with genre violence or pedestrian drama storytelling. 2001 instilled another dimension to my aesthetic worldview: that pacing and detail in the mis-en-scène and ambiguous storytelling are very much valuable tools in disrupting our complacent serenity. Disruption is good because, when faced with it, we render and expose ourselves to the unfamiliar, and only then do we grow or develop as humans.

Nowadays, I recognize that 2001: A Space Odyssey and The Silence of the Lambs were not only the catalyst for becoming such a fervent fan of cinema, but also defined my aesthetic preferences. I’ve seemed to develop a sixth sense of avoiding Oscar bait. I don’t want a “prestige” film that offers platitudes and social-justice messages. I’ll take the ultraviolence from Lambs and the ambiguous opulence of 2001 and skip the cultural vegetables that are often peddled by writers or critics with an ideological agenda.