Sicario: A Woman’s Moral Test in the Precarious War on Drugs

“You should move to a small town, where the rule of law still exists. You will not survive here. You are not a wolf, and this is the land of wolves now.”

These are the last words Benicio Del Toro’s enigmatic hit-man character, Alejandro, says to FBI agent Kate Mercer (Emily Blunt) in director Denis Villeneuve’s narco-drama Sicario. It would seem rather odd to have Alejandro tell Kate, a grown woman with over five years on the force, a thing or two about the ruthlessness of human nature or a treatise on how the strong prevail over the weak. But Alejandro’s acerbic statement and prior actions in the film attempt to rend Kate’s moral code. The men of Sicario have long acquiesced to these standards, yet the most significant takeaway of the film is not how these corrupt men operate, but rather how Kate navigates their world as a woman.

Kate, played with steely deference and reserve by actress Emily Blunt, is the only woman asked to join a joint-agency task force, lead by swaggering CIA officer Matt Graver, to dismantle the operations of a Mexican drug cartel that is trafficking and inflicting casualties on both sides of the border. When Kate stands by the edge of the conference table to be briefed on the details of the mission offer, the men wryly stare at Kate when she asks questions, not in a sexual manner, but how an adult might be bemused by child’s actions. “What’s our objective?” Kate asks, reacting to both the mission’s ambiguity and the group’s not-so-subtle condescension. “To dramatically overreact,” Matt replies, with a big grin slapped across his face, pleased that his irrational confidence undercut Kate’s role at the table.

The spectacle of the film is how these men are willing to bend the rules and engage in unsanctioned vigilante-justice and abhorrent tactics to take down the infrastructure of the Mexican cartel. Matt and his fellow male agents adhere to a merciless set of tactics that contradict the civil liberties of those involved as well as the established rules of engagement that law enforcement and intelligence are supposed to abide by. Those unethically ruthless tactics range from violating Mexican sovereignty through covert operations in Mexico’s borders to hiring shady foreign defense advisers who have the dubious capability of conducting renditions, from torturing individuals—specifically waterboarding—to consciously disobeying the rules of engagement—i.e., kill first, ask questions later.

But the unsettling matter is how these men psychologically attempt to manipulate Kate into reconfiguring her moral code. Since she’s the only female on the team, it would be logical to conclude that Matt saw Kate only for her gender, believing her to be a malleable figure worthy of molding in the initial debriefing. Subsequently, the system, which Matt is actively condoning and leading, has purposely stripped Kate of her agency. Kate’s refusal to join the task force’s “groupthink” does little to impede them—her protests are righteous, but ultimately futile. Most devastating is how Matt calls out Kate’s motives by invoking the false mantra of “keeping us safe,” which is just a subterfuge to obfuscate Kate’s conscience temporarily. 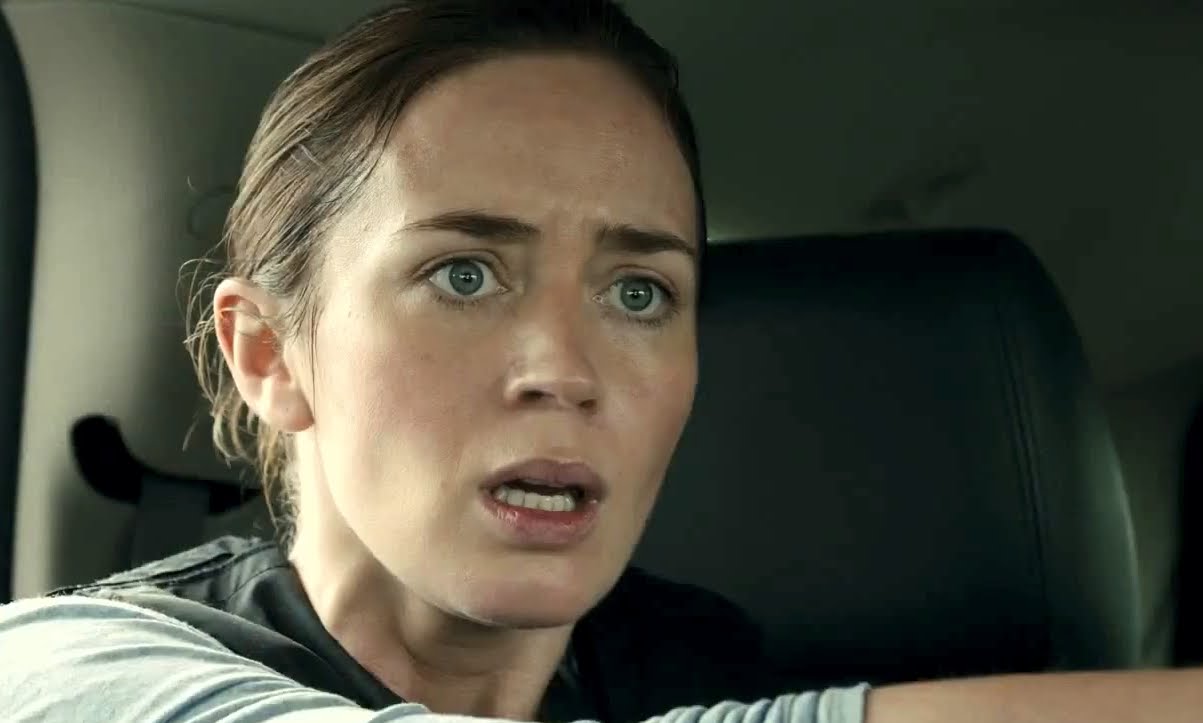 When Kate witnesses the task force’s unscrupulous behavior, Matt constantly “mansplains” to Kate, trying to get her to reconsider her old notions of what is right if she “really wants” to defeat the Mexican cartel and score a victory in the War on Drugs. “What you’re doing here is you’re giving us the opportunity to shake the tree and create chaos,” Matt says in order to assuage Kate’s complaint that the task force should not have engaged in a shootout with Mexican cartels with civilians present, while simultaneously violating Mexican sovereignty.

[Warning: spoilers ahead.] The strongest criticism a viewer may levy against the film and its director is Kate’s seemingly passive role and why she would make a conscious decision not to quit the special force. If historically women in Hollywood are given less agency in movies—by playing the submissive damsel-in-distress stereotype or simply pining for a male lead’s attention—then why would Denis Villeneuve sculpt such a retrograde archetype for Emily Blunt’s Kate Mercer? I would argue that despite Kate being victimized by Matt, by her male supervisors, and by the other male agents on the force and all their corrosive lies, Kate never compromises her moral compass—she is redeemed in the end because she never goes rogue like her male counterparts. Therefore, her conscience is not tarnished because she sticks by her principles. She passes a sort of test, the rare instance in life where her set of standards could be redefined—and that overhaul could guilt her conscience until her death—but she refuses to be craven for the sake of “national safety.”

On a final note, you could argue that the ending may assert that the director condones the vigilante-justice of Matt and his men because they do score a victory against the Mexican cartel. But this cosmic injustice is similar to the other set of celestial injustices in other movies, such as No Country for Old Men or the ending of The Sopranos, where evil men never receive their comeuppance. This relatively recent and novel narrative idea has finally been written for a woman in the lead. I’m not arguing that it feels pleasant to be denied fairness, but Villeneuve cleverly uses a new cinematic narrative tool for Kate, a woman, rather than letting it be the exclusive screenplay domain of men. It’s small progressions like these, flawed as they are, though, that are bringing Hollywood one step closer to equality.