Image Credits: Above: The Lobster, A24 Films; Below: Dogtooth, Feelgood Entertainment

Yorgos Lanthimos And The Limits Of Control

Yorgos Lanthimos makes the kind of comedies that you don’t typically laugh during. The humor is delivered dry as sand, the subject matter pitch black, and yet, flowing underneath all of the discomfort on screen is a river of absurdity that cannot help but force a smile (between winces). His films are original in the best sense—highly relevant, completely unpredictable, and totally singular to the vision of a director who has, in a relatively short time, gone from an unknown quantity to internationally praised auteur.

Lanthimos’s newest film, The Lobster, continues a sort of trilogy preceded by Alps (2011) and Dogtooth (2009), his breakout film. Each film takes place in a world that seems a surreal reflection of our own, and each deals with the same theme: control. Not control as a means of domination (though that does occur), but rather, control as a method of making sense of modern society. In Dogtooth, this control takes the form of the Father, who has sheltered his family so well that his children, who have never left their well-guarded house, think that the cat in the backyard is a monster and have no concept of the world beyond their walls. In Alps, a small group takes on the task of assuming the roles of the recently deceased to help grieving families cope with their loss. The Lobster imagines a society where being single is a crime, and those who do find themselves without a partner are taken to a hotel where they are given forty-five days to find a new partner, or be turned into an animal of their choosing (thus giving them a second chance at finding a mate).

These setups are absurd, but on viewing all three films, we see how Lanthimos presents control as a method of attempting to impose order on the world. This is most evident in Dogtooth; the parents’ refusal to allow their children to have knowledge of the outside world comes from a place of concern, a desire for protection. Likewise, the role-players in Alps are trying to control the emotion that follows death through their simulation of the departed. The Lobster—Lanthimos’s largest film, both in budget and scope—uses control as a way to order society. Though the world of The Lobster has outlawed being single, when the film’s protagonist (Colin Farrell) escapes the hotel and joins a band of uncoupled rebels in the woods, he finds that their rules are just as strict. No love is allowed, no flirtatious contact or sexual desire. The world of The Lobster is broken down into a binary, regardless of the group one aligns themselves with. You are either a devoted follower to the cause, or an outlaw.

Though the films tackle different subjects—culture, death, love—the effect of the imposed control bears the same results in each film. Often it begins as a source of humor—the absurdity of a man being turned into a beast for remaining single, a group of children terrified by a house cat—we eventually see how it leads to the characters making drastic choices and becoming involved in escalating scenes of perversion and violence. For a start, it’s worth noting how Lanthimos uses dialogue. His characters speak to one another, but rather than having a conversation, they seem to be reading aloud from a book that might be titled Phrases for Conversations Between Human Beings. Their dialogue has hardly any passion, any feeling. When they attempt to describe their emotions, we see this the most. In The Lobster, when David (Farrell) and the woman he falls in love with (Rachel Weisz) discuss their feelings, it sounds robotic, as if they’re attempting to be human without knowing how. Eventually, we realize that this is what the enforced control of life does: it reduces the characters to something less than human, an idea of a person maybe, but one without any idea of what living means. 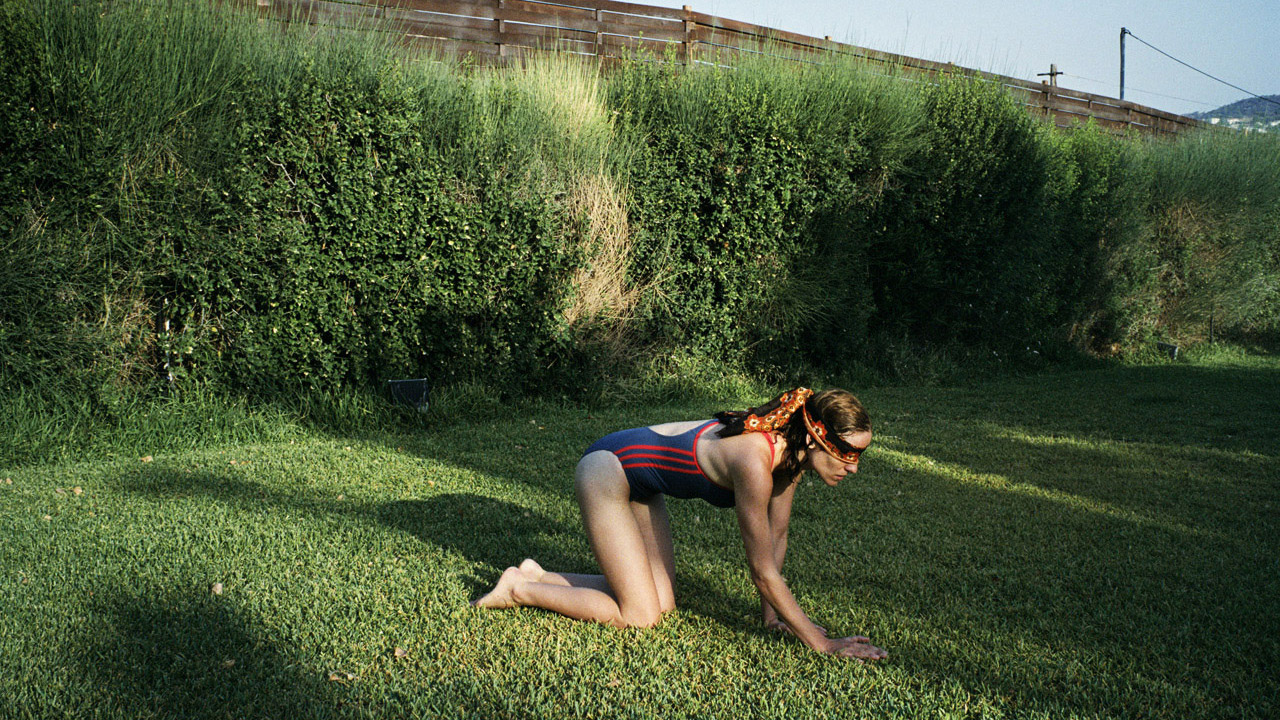 Also inevitable is the way the control that Lanthimos’s characters experience distorts and perverts their world. Children being scared of a cat is funny at first, until they slaughter it. Impersonating the dead to comfort those left behind is amusing and odd, until the impersonators start to find themselves in more and more bizarre and uncomfortable situations. The characters in The Lobster mate as a necessity, not out of feeling. They are willing to fake injuries or maim themselves (or each other) in order to survive, not for love. In being forced to fall in love, they have forgotten what the word means. Dogtooth eventually finds the family’s son forced into having sex with his sisters; The Lobster finds a couple in bed, grappling with the question of who would kill the other in order that they, the killer, might survive and find a new partner. The reduction of life to a series of rules perverts and mutates the very life that those rules were intended to make sense of, and thus, things become more absurd, less rational, and eventually, violent.

Violence—whether physical or emotional—is always the endpoint. The characters in Lanthimos’s films eventually want to break free of the systems they find themselves in, and to free oneself from such a system, an extreme act (again, either outward or inward) is necessary. One of the daughters in Dogtooth harms herself in order to allow for her escape from the control of her family. The final scene in The Lobster is an unresolved decision between David committing a horrible act of physical violence to himself, or a horrible act of emotional violence towards the woman he loves. Alps, the weakest of the three films (though still fascinating in its own right), finds several moments of utter desperation, bleakness, and cruelty. Escape is never easy. Sacrifices must be made. Danger must be confronted.

Though Lanthimos is working in the realm of the absurd, his films succeed because they confront real desires. Who hasn’t wanted to hide away from the horror of the modern world at some point? Who hasn’t wished for some kind of order to help with the process of grieving, or finding new love? At some point, all of us have wished to have more control over the world, to fashion our reality so that choices were easier, outcomes more predictable, events more rational. Control makes sense. And yet, as Lanthimos shows, it is an impossibility. It is precisely the lack of control that makes us human, that makes us able to laugh at the absurdity of his films. Without the unpredictable chaos of modernity, we would become what his characters are: biological automatons, trapped in a world we cannot escape, bleak and perverse and violent.